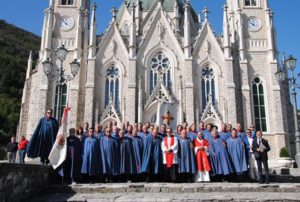 On 14, 15 and 16 September the Knights of the Abruzzo and Molise Delegation held a spiritual retreat in the Sanctuary of the Addolorata of Castelpetroso, on the Molise hills. Present were Delegate Franco Ciufo, the Chaplains and about sixty Knights, Dames and Applicants.

Special care was taken regarding the Applicants who, as is the custom for our Delegation, take part in a two year training course during which they are present for our activities and attend at least one spiritual retreat before becoming members of the Constantinian Militia. This year’s theme was “Working in the Vineyard of the Lord”. The chaplains underscored the evangelical meaning of the subject matter and the need for love of God and our neighbor, with special focus on understanding and forgiveness. During the three days various lessons were provided on the history of the Order: By-laws and purpose, history of the Kingdom of, the Two Sicilies and the Royal House of Bourbon, the politics, economy and finances of the Kingdom and the most important personages and events that conferred such honor upon the Order.

There was also a special presentation on the conversion of actress Claudia Koll. The Retreat coincided with the most important Festivities of the order: Exaltation of the Holy Cross and the Feast of The most Holy Mary of Sorrows whose name honors the Sanctuary of Castelpetroso, the Patron Saint of the Molise region. 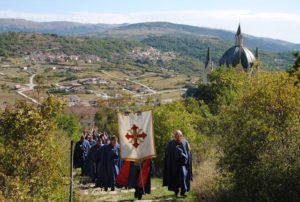 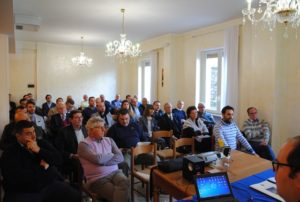 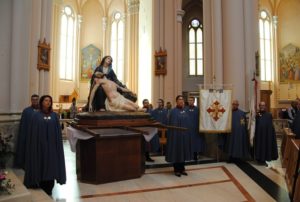