ABRUZZO AND MOLISE – RESUMPTION OF ACTIVITIES IN THE MOLISE REGION

VENAFRO (IS). Subsequent to a meeting held in Tagliacozza, Abruzzo on April 23, the Knights and Dames of the Abruzzo and Molise Delegation assembled in Venafro on July 9, thus initiating activities in the Molisana region. On this occasion many Knights and Dames from other parts of Italy were also present, along with numerous guests. Delegate Mr Francesco Ciufo was welcomed by the Municipal Administration of Venafro, represented by Mrs Angela Maria Tommasone who thanked them for having chosen her city for this meeting and by Regional Counselor Mr. Massimiliano Scarabeo, as well as numerous local authorities.
During the meeting the Delegate spoke of the different charitable activities carried out throughout the world to assist the less fortunate. 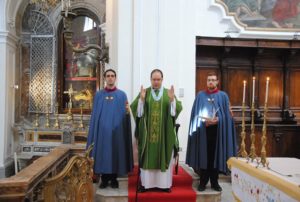 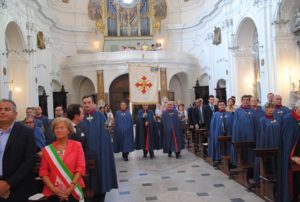