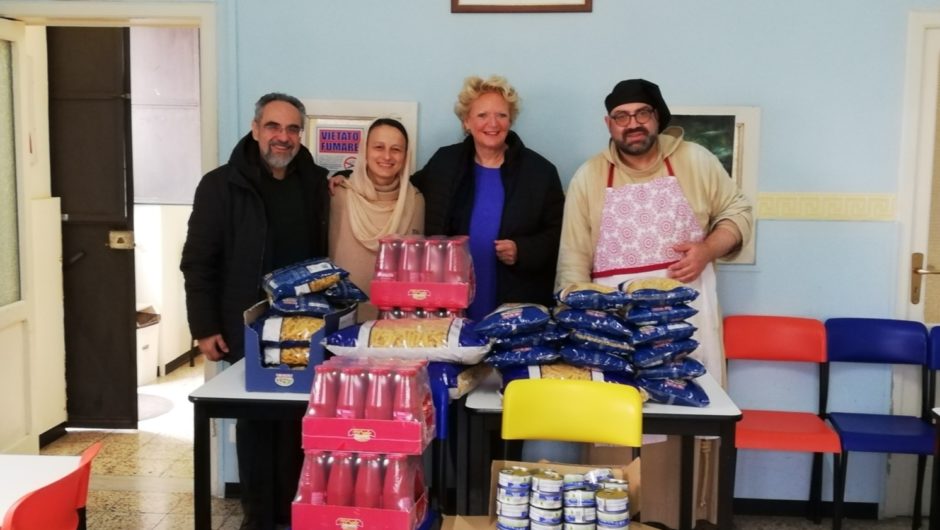 On February 6th, H.R.H. Princess Beatrice of Bourbon Two Sicilies, Grand Prefect, accompanied by the representative of the Diocese of Noto, was received by H.E. Monsignor Antonio Staglianò, bishop of Noto. The Princess illustrated other charitable projects which will be implemented by the Constantinian Order in Noto. Immediately after, they reached the canteen of S. Corrado where they delivered foodstuffs donated by the delegation to the community Little Brothers and Little Sisters of Jesus and Mary. The canteen of S. Corrado welcomes around thirty people in need every day for a hot lunch, prepared by the friars.

“A heart for Agata” is the charity event that Princess Beatrice of Bourbon Two Sicilies wanted to organize on February 4th in honour of Saint Agata. This year was the 1st edition and was held at the Massimo Vincenzo Bellini theater in Catania. The Princess delivered a defibrillator to the head of the theater.

On February 11th, the first distribution of products of the project Briciole di Salute took place in Monreale.

Tweet
Previous articleACTIVITIES IN TUSCANY
Next article H.R.H. THE GRAND PREFECT IN GAETA