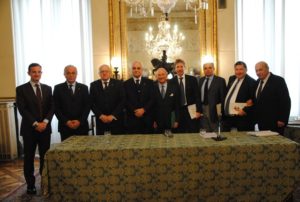 Napoli, 25 febbraio 2017 – Naples, 25 February 2017 – The ceremony for the awarding of scholarships for 2016 took place during the course of the Annual Ordinary Assembly of the National Association of Italian Constantinian Knights, held on February 25 in the Circolo Nazionale dell’Unione.
On this occasion, the three hundredth anniversary of the birth of His Majesty King Charles, the ANCII decided to establish scholarships on the following topic: “The rebirth of the South from Charles of Bourbon to Francis II”.

At the conclusion of the Assembly, H.E. Amb. Count Giuseppe Balboni Acqua, Secretary General of the Order, provided a brief description of an article he had written for Nobiltà, an heraldic review that dedicated the entire January issue to the family of the Bourbons Two Sicilies. The issue also contains another important article by H.E. Nob. Dott. Alberto Lembo, Grand Inquisitor.
. 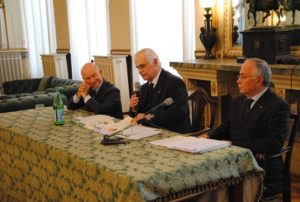 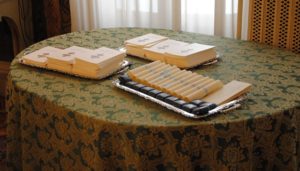