CALABRIA: MSGR. PIZZIMENTI WAS GIVEN THE INSIGNIA OF COMMANDER OF ECCLESIASTICAL GRACE 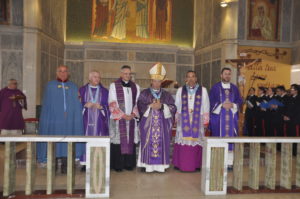 Reggio Calabria, March 14th, 2019 –  Msgr. Vincenzo Pizzimenti was delivered the insignia of Commendador of Ecclesiastical Grace at the Church La Candelora. A solemn liturgy took place and was presided by H.E. Reverend Msgr. Vittorio Mondello, Archbishop Emeritus of the Diocese of Reggio Calabria-Bova and Prior of the Delegation of Calabria, Msgr. Luigi Cannizzo, Vice Prior of the Delegation of Calabria, Msgr. Filippo Ramondino, Director of the Archives of the Diocese of Mileto-Nicotera -Tropea and Chaplain for the province of Vibo Valentia, and Father Aldo Ripepi. The Eucharistic ceremony was attended by many Knights, guided by the vice delegate and several Civil and Military Authorities. Msgr. Vincenzo Pizzimenti wanted to thank the Constantinian Order for the important insignia he received. 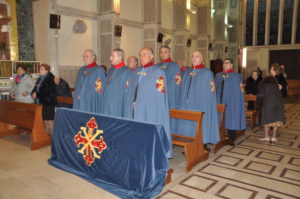 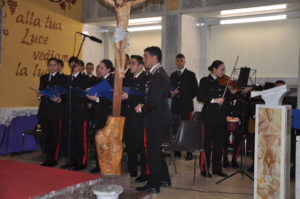 Tweet
Previous articleMessage of His Eminence the Grand Prior on the new Investiture Rite
Next article TUSCANY: SPIRITUAL TRAINING