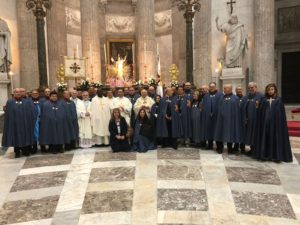 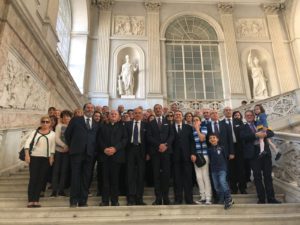 April, 23rd 2018. Knight and Dames of the delegation of Calabria spent wonderful days in the occasion of their pilgrimage to Campania. Once they reached their destination, they started the day visiting Pompei. They also took part in the solemn Mass presided by Msgr. Canizzo, Vice Prior of the delegation and Msgr. Adamo.On Saturday the delegation went to Caserta and admired the Royal Palace and its beautiful gardens. They also visited San Leucio. The last day was dedicated to Naples, where the delegation had the chance to visit the Royal Palace and the most important streets of the city. The delegation also met some Neapolitan Knights, guided by the Vice Delegate of the region, Mr. Donadoni.