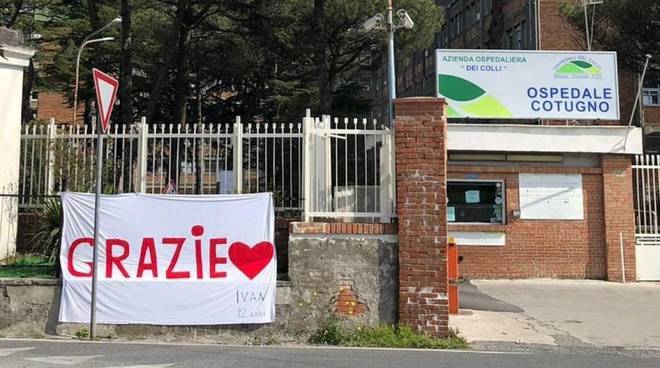 Covid-19: a donation from the Constantinian Order Charity Onlus to the new intensive care unit of the Hospital Cotugno in Naples

H.R.H. Charles of Bourbon Two Sicilies: “we are supporting a hospital which is on the front line in the fight against this health emergency and has highlighted the Neapolitan talents and professionalism throughout the world”

Naples, April 20th, 2020 – “The feeling of affection we have for the city of Naples has concretely reflected in the campaign to support hospitals launched on constantinianorder.charity through a donation in favour of the Hospital Cotugno which, being on the front line against this health emergency, has once again highlighted Neapolitan talents and professionalism worldwide” – declared Prince Charles of Bourbon Two Sicilies on the occasion of the donation of 50.000 Euros from the Constantinian Order Charity Onlus to the hospital Cotugno. “We hope we will be able to intervene again to meet the doctors’ needs and our donation, in this second phase of the epidemic, will help creating 4 beds in the intensive care unit dedicated to Covid-19 patients at the section G the hospital”– explains Prince Charles, founder of the Constantinian Order Charity Onlus.

“According to the terrible situation that hospitals had to face in northern Italy, the hospital’s strategic management immediately realized that the problem was severe. It was therefore necessary to act quickly to mitigate its effects and avoid the use of intensive therapy”– said Maurizio di Mauro, General Director of the hospital and Giovanni De Masi, Administrative Director of the hospital, who stress: “This approach has had clear results, as evidenced by the figures we have recorded to date”. “The donation received from the Constantinian Order, as well as the others we had received, will allow us to begin the construction of the new Intensive Therapy unit dedicated to patients affected by Covid-19 at the section G of the hospital Cotugno which is now mainly used for sub-intensive therapy and this will also allow us to take care of patients who suffer from other serious infectious diseases such as meningitis, tuberculosis, etc.“.