FESTIVITY OF THE HOLY CROSS IN ABRUZZO AND MOLISE 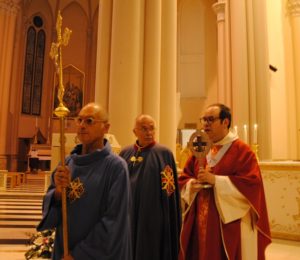 On September 14 the Knights and Dames of the Abruzzo and Molise delegation, as well as their families, assembled in the Marian Sanctuary of Castelpetroso (IS) to celebrate the Exaltation of the Holy Cross.

At the conclusion of the procession Don Francesco Ferro, Knight of Ecclesiastical Grace, celebrated Holy Mass. In so doing he spoke of the importance of the Feast in the Christian world and its meaning for the Constantinian Militia, remembering the Special Indulgence awarded to participants by our Holy Father Pope Francis.

The liturgy ended with benediction of the relic of the wood of the cross by Knight of Ecclesiastical Grace don Natalino di Rienzo. This important festivity marked the beginning of the 2017 spiritual retreat for Knights of the Delegation which lasted until Saturday 16 September. Approximately 60 Knights, Dames and applicants participated, coordinated by the Delegate, Mr Franco Ciufo, as well as local families and dignitaries. 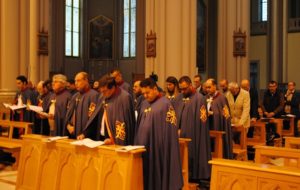 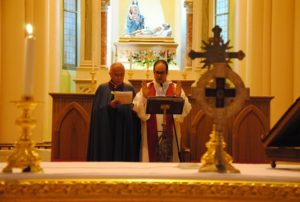