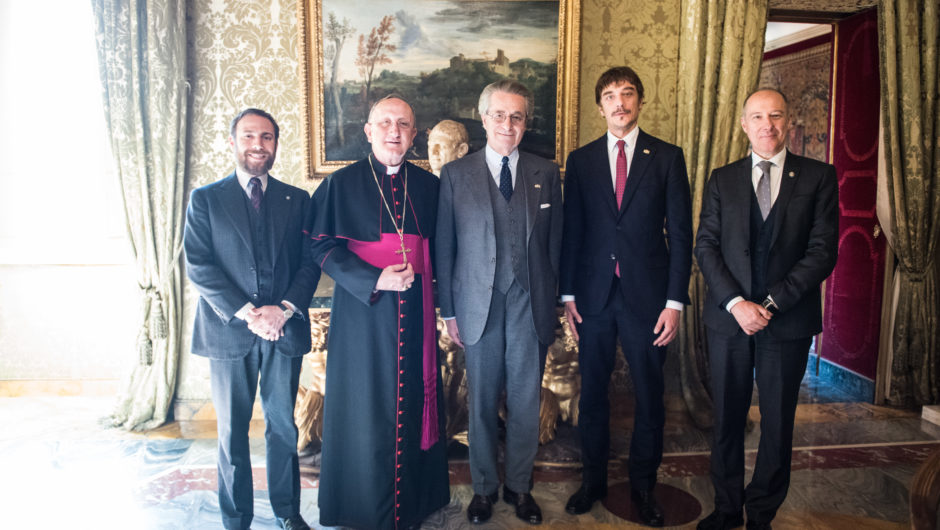 Rome, February 28th, 2020 – On February 28th, H.H. Prince Don Lelio Niccolò Orsini d’Aragona, Delegate of Rome and Count Riccardo Langosco di Langosco, accompanied by H.E. Monsignor Giuseppe Sciacca, Secretary of the Supreme Court of the Apostolic Signature, in the presence of Mr. Giampaolo Grazian, Secretary General of the Order, were received by H.E. Count Antonio Zanardi Landi, Ambassador of the Sovereign Military Order of Malta to the Holy See at the venue of the Embassy.

On the occasion of the extremely cordial meeting, the Delegate presented the promotion diploma as Knight Grand-Cross of Justice and the corresponding decoration to H.E. Ambassador Zanardi Landi.

The Ambassador reiterated his gratitude for the charitable activities carried out by the Delegation of Rome of the Constantinian Order.

Tweet
Previous articleTUSCANY: DONATION IN LUCCA
Next article MESSAGE OF HIS EMINENCE THE GRAND PRIOR