LIGURIA -MEETING BEFORE THE SUMMER BREAK 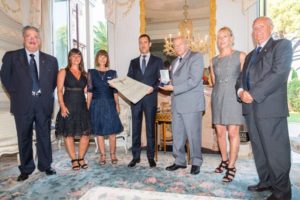 After all the activities carried out in 2018, and before the summer break, the Delegation of Liguria met at the Villa Molière, in Pegli (GE). The Delegate, Mr. Giovanni Chersola, took the floor and after a quick overview on the activities organised during the previous months, recalled the operating instructions given  by HRH Prince Charles of Bourbon Two Sicilies, Duke of Castro, Grand Master of the Order, during the last meeting held in Rome with the Grand Charges.

At the end of his speech, the Delegate officially gave Mr. François Deiss, the French honorary consul in Genoa, his designation diploma (Knight of Merit).

General Luciano Repetto showed part of the approximately two quintals of products that were donated to the Parish of San Martino di Genova Pegli and that were given to the needy families of the Genoese area.

The meeting ended in the beautiful garden of the villa with a cocktail offered by the Deiss Family. 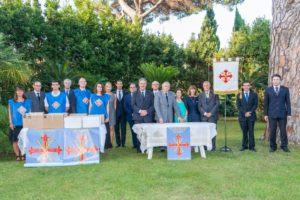 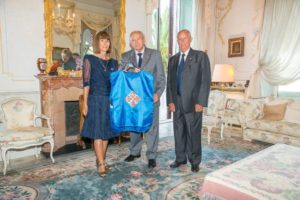