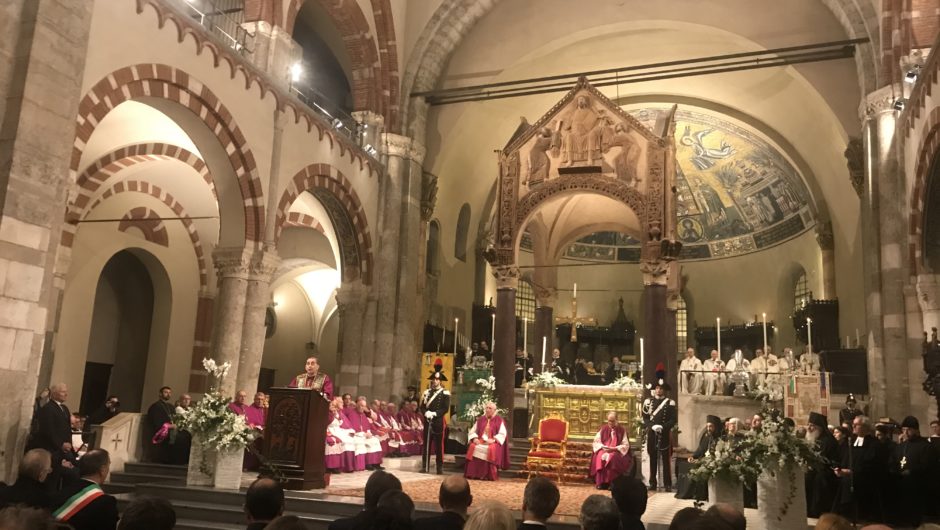 LOMBARDY: ACTIVITIES IN MILAN AND COMO

On December 20th, after the Holy Mass celebrated by HE Archbishop Brugnaro, a dinner took place at the golden hall of the Garden Society where Vice Delegate Giuseppe Rizzani greeted the Prior of Lombardy, Archbishop Arnaldo Morandi, and introduced Count Fabio Cassani Pironti, Commander of the Royal Order of François I, who illustrated his latest book. The Representative of Milan Gabriele Albertini then greeted all the Knights, Dames and friends who had joined while Bishop Brugnaro started with the blessing of the canteen. Representatives of the Order of Malta and the Royal House of Savoy attended, too.

The 20th anniversary of the Como Senior Association, which since its foundation has collaborated with the representation of the Order, was celebrated at the Guanella Institute.