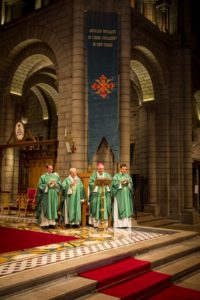 The ceremony was presided by H.M.R.E. Mons. Bernard Barsi, Archbishop of Monaco and Prior of the Delegation. Numerous illustrious guests participated in the ceremony, including Secretary of State H.E. Jacques Boisson as well as many civilian authorities.
H.R.H. Prince Charles of Bourbon Two Sicilies, Duke of Castro and Grand Master, was accompanied by his spouse, Princess Camilla, Duchess of Castro and his daughters, Princess Maria Carolina, Duchess of Calabria and Palermo and Princess Maria Chiara, Duchess of Noto and Capri.

The Grand Master, together with the President of the Monegasque Association of Constantinian Knights, Mr. Inigo Lopez de la Osa, presented diplomas and decorations to the following members:

At the conclusion of the ceremony the Delegate described to all present the different activities that will be undertaken over the following months by the Delegation. These include providing support to the Associations “Anges Gardiens de Monaco” and the “Légion de Marie”, and to the future diocesan house. He then spoke of the various donations made by the Delegation since it was first established up to the present and that have always seen the Royal Family in the forefront. 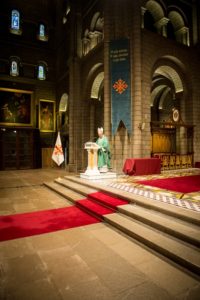 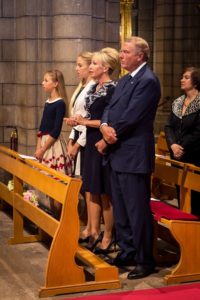 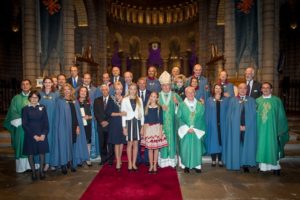