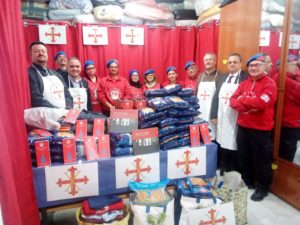 On February 28th Mr. Massimo Trasforini, Representative for the city of Turin, donated many food products to the association “City Angels”, which is very active since 2005 in Turin and whose goal is to help the homeless people. This donation is part of the project “Briciole di Salute”. On March 3rd the Vice Delegate, in collaboration with the Representative of Turin, organized a holy mass which took place at the Caserma Monte Grappa. During the ceremony, that was presided over by Father Diego Maritano, Knight of Ecclesiastical Grace, Maria Christine of Savoy’s portrait was remembered. At the end of the liturgy, a convivial lunch was held and on that occasion all the people involved had the chance to discuss about the delegation’s future goals for 2019. 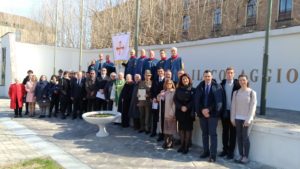