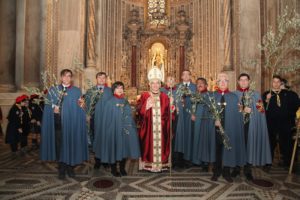 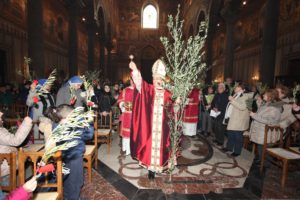 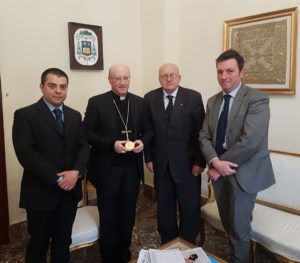 On March, 24th the Vice Delegate of Sicily and some Knights of the delegation were received by H. Eminence Msgr. Guglielmo Giombanco, Bishop of Patti. Dr. Di Janni described to the Bishop all the activities the delegation is involved in. They agreed on a date for a defibrillator delivery in Tindary. At the end of the meeting the Vice Delegate gave him the Medal of the Jubilee of the seventeenth anniversary of the Edict of Constantine. 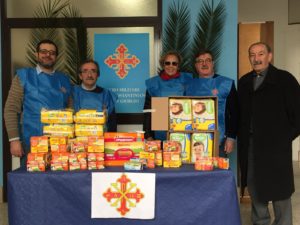