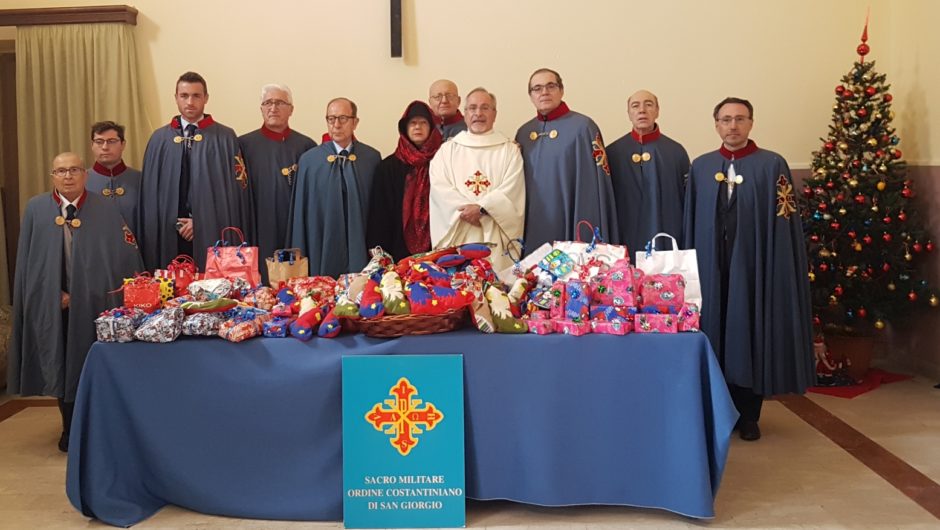 SICILY: ACTIVITIES OF DECEMBER AND JANUARY

After the Holy Mass of the Epiphany, which was held at the Basilica La Magione, the traditional distribution of sweets was held in favour of the most needy children of the parish. The delegation distributed more than 100 Epiphany stockings and gifts to these children.

On December 27th, a group of knights carried out the usual food distribution as part of the “Briciole di Salute” project in Paternò.

On December 30th, the usual distribution of products for children took place at the premises of S. Stefano Church in Piazza Armerina.

On December 22nd Mgr. Salvatore Grimaldi celebrated a Mass for Knights and Dames on the occasion of Christmas. Mgr Grimaldi also announced the twinning of the parish of Magione with a parish of Senegal. Many knights and Dames, the Vice Delegate and Baron Vincenzo Calefati di Canalotti, Knight of Justice of the Order and Delegate for Western Sicily of the Sovereign Military Order of Malta attended, too.