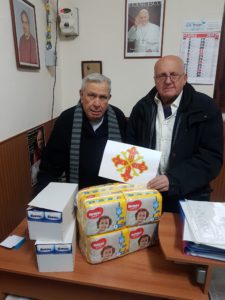 On April 5th, the vice delegate handed the archpriest of Carini, Father Vincenzo Ambrogio, some products for two children belonging to a disadvantaged family assisted by the parish priest. 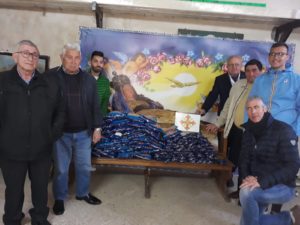 On April 7th, the vice delegate delivered 100 kg of pasta to the needy people in the district of Guadagna. The quantity of pasta was delivered to the Brotherhood of the Assumption which supports the Royal Church Caroline. On Easter, this pasta and other food items will be distributed to families in need. 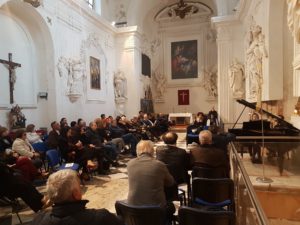 On April 6th, on the occasion of the thirteenth season of concerts of the Sicilian delegation, three students who have just graduated from piano and belonging to the Vincenzo Bellini conservatory of Palermo performed at the Maria SS degli Agonizzanti Church. The pieces of classical music were interspersed with poems read by the poets of the Association Polifonie d’Arte. During the evening, the vice delegate described the beauty and history of the church entrusted to the Constantinian Order. 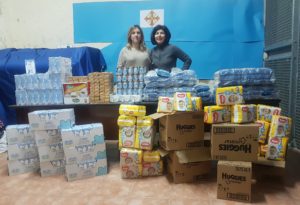 On March 27th, the second distribution of March for children from zero to three years of the project Briciole di Salute took place at the premises of the Church Maria SS degli Agonizzanti in Monreale. 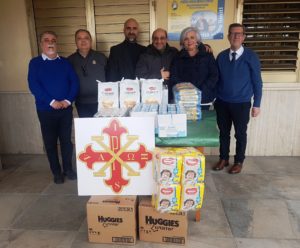 On March 22nd, the monthly distribution of products of the Briciole di Salute project took place in Piazza Armerina. Father Dario Pavone received biscuits, milk, baby food, diapers and croissants, which will be distributed to children from 0 to 3 years of needy families assisted by the parish.