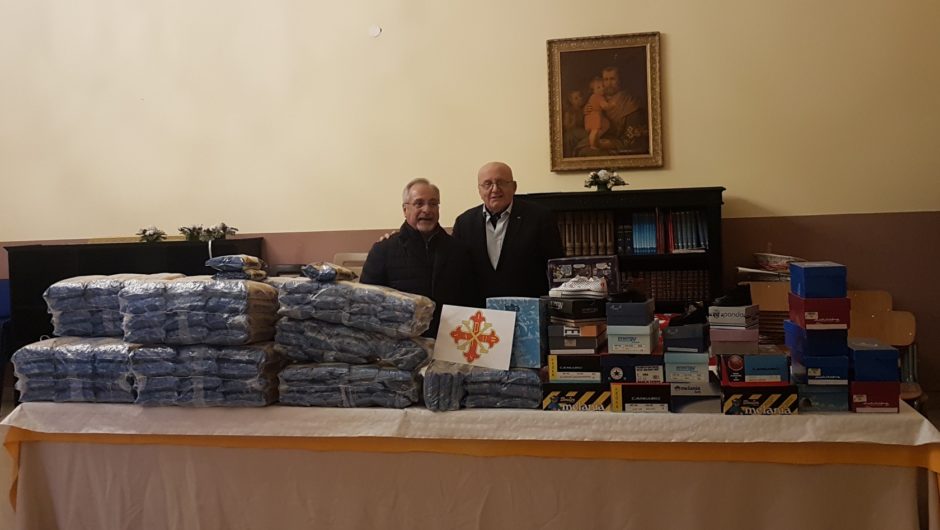 SICILY: “BRICIOLE DI SALUTE” IN DIFFERENT TOWNS OF THE TERRITORY

On January 8th, the vice delegate delivered several products to Monsignor Salvatore Grimaldi, parish priest of the Basilica La Magione in Palermo. The donation is part of the project “Briciole di Salute”.

On January 10th, the delegation delivered approximately 300 kg of pasta to the Benedictine Caritas of S. Martino delle Scale.

On January 21st, the vice delegate delivered 120 liters of milk, diapers and homogenized to the Benedictine monastic complex of S. Martino delle Scale.

On January 24th, the vice delegate, assisted by Mrs. Lia Giangreco and Mrs. Giovanna Galli, gave to the person in charge of the structure Casa del Sorriso, lots of cookies as well as many pairs of shoes and croissants.

On January 24th, the vicedelegate signed an agreement with the Caritas of the Archdiocese of Monreale on the project “This land will be beautiful”, supported with the funds of the national Caritas. Maria SS. degli Agonizzanti Church will be at the disposal of the project, allowing the daily opening of the church to tourists who can admire its beauties. The delegation will provide some information brochures on the Constantinian Order and on the history of the church. This project will train and economically assist some unemployed young people.

The representation of Alcamo, headed by Mr. Pietro Francesco Mistretta, delivered food and other products to Bishop Aldo Giordano, parish priest of the Basilica Santa Maria Assunta of Alcamo.