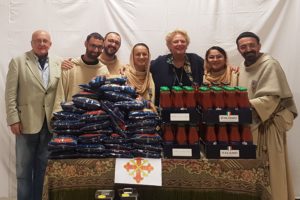 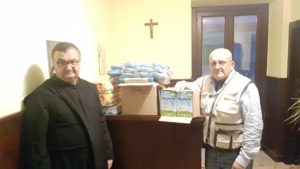 On November 2nd, the Vice Delegate for Sicily delivered to Father Bernardo, responsible for the Caritas of the Abbey of S. Martino delle Scale, some garrisons for children from zero to three years, who are assisted by Benedictine monks. 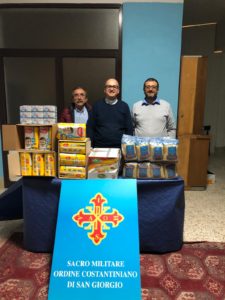 On November 3rd some garments were distributed in Trapani. The donation is part of the project Briciole di Salute. Mr. Antonino Patti and Mr.Camillo Carpinteri gave Father Alberto Giardina, some basic products for children. 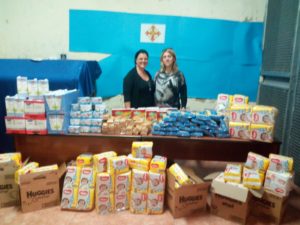 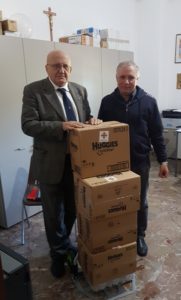 On November 10th, the Vice Delegate of Sicily was received by the Bishop HE. Rev. Msgr. Guglielmo Giombanco in Patti. During the meeting a program of collaboration was drawn up between the Constantinian Order and the Diocese of Patti, in order to help needy families who are daily assisted by the diocesan caritas. The Vice Delegate also handed over to Father Leonardo, responsible for the diocesan caritas, some garments like diapers and homogenized.