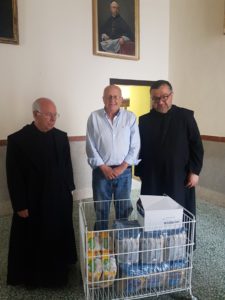 On June, 7th a lot of packages of pasta, milk and nappies were given to Father Bernardo, who is the caritas supervisor in S. Martino delle Scale.

On June, 11th the Vice delegate and Msgr. Grimaldi donated 16kilos of fish, nappies, baby food and pasta to “Missione Speranza e Carità”. Children were also given some plushes and really appreciated this act of charity. 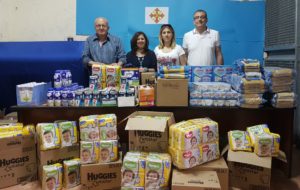 On June 13th, the Vice delegate and other volunteers donated nappies, milk and baby food to 50 families in Maria SS degli Agonizzanti church in Monreale. 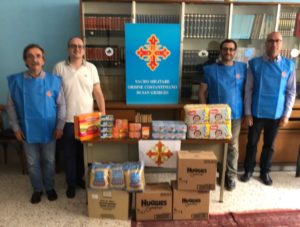 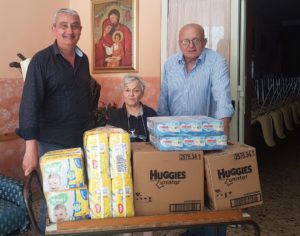 On June, 21st the Vice Delegate and another Knight donated some packages of food in Agrigento. 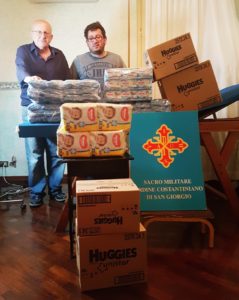 On June, 22nd  the Vice Delegate donated some packages of food and other products in Piana degli Albanesi. 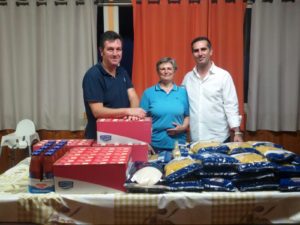 On June, 22nd a donation took place in Acireale as well. 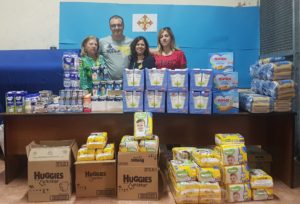 On June, 27th the second distribution of the month took place in Monreale.