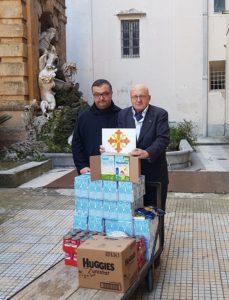 On February 15h the Vice delegate donated to Father Bernardo, Head of the Caritas, some products which will be distributed to the needy families living in S. Martino delle Scale. The donation is part of the project “Briciole di Salute”. 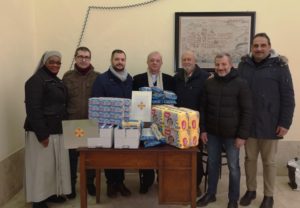 A donation of food, which is part of the project Briciole di Salute, took place in Alcamo on February 17th where these products were delivered to Msgr. Giordano. The delegation would like to thank all the volunteers for their help. 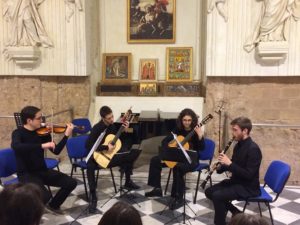 On February 24th the first concert of the year took place at Maria SS degli Agonizzanti Church in Monreale. 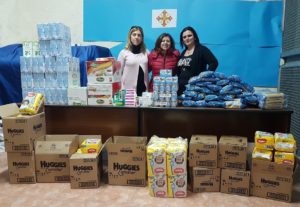 On February 27th the second distribution of food took place in Monreale. Some volunteers donated a lot of products to 40 children aged from 0 to 3 years. 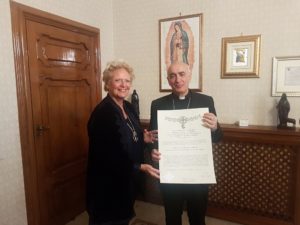 On March 5th HRH Princess Beatrice of Bourbon Two Sicilies, Grand Prefect, accompanied by the vice delegate and by the Representative of Noto, delivered some products to the canteen S. Corrado in Noto. Just after the delivery, Her Royal Highness was received by H.E. Msgr. Antonio Staglianò, Bishop of Noto. The bishop was given his designation diplomas as Knight Grand Cross of Ecclesiastic Grace.

Tweet
Previous articleHRH Prince Charles of Bourbon Two Sicilies, Duke of Castro and Head of the Royal House conferred the insigna as Dame Grand Cross of Grace to the President of the Senate of the Republic, Maria Elisabetta Alberti Casellati
Next article LOMBARDY: DONATION IN BERGAMO