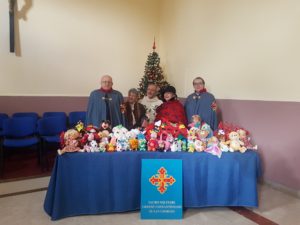 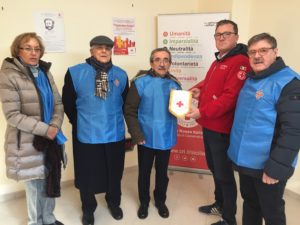 On January 5th  a meeting between the President of the Red Cross of Castelvetrano, Mr. Giuseppe Cardinale, and a delegation of local knights took place. The meeting, which was held on the eve of Epiphany, motivated one of the Knights, Mr. Carpinteri, to donate on behalf of the Order “a bag” full of more than 50 toys for the children assisted. 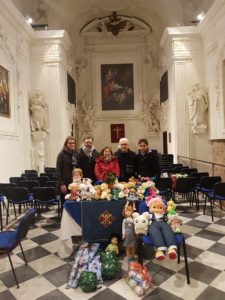 On January 5th, gifts were distributed to forty children at the church of Maria SS degli Agonizzanti in Monreale . The volunteer Sonia Lo Monaco, the Vice Delegate, Mr. Vincenzo Nuccio and the members of the MCL club Fabio Billetta, Pamela Russo, Renato Galano, Luigi D’Eliseo and Flavio Pillitteri took part in the donation. 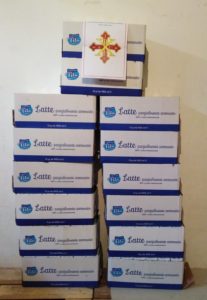 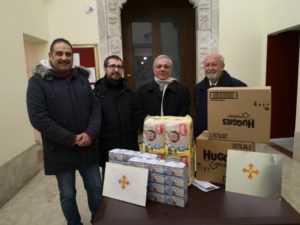 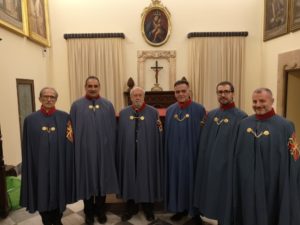 In Alcamo some Knights and Dames also participated in the solemn mass in preparation for Christmas at the Basilica Maria Assunta, held on December 22nd .