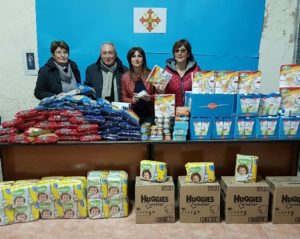 Palermo, 14 March – On the 150th anniversary of the Founding of Boccone del Povero (morsel for the poor) instituted by the Blessed Giacomo Cusmano, the Knights and Dames of the Sicily Delegation, led by the Vice Delegate, celebrated the event by preparing and serving a meal to approximately 40 inhabitants of the facility.
At the conclusion of the meal they celebrated Sister Calà for her 60 years of religious service.

On the following day, Mr. Antonio di Janni, together with Knights Vassallo, Ragusa and Giarrusso, assisted by volunteers, distributed products for 50 children of needy families, aged zero to three years. The items included 75 liters of milk, about 45 packages of diapers, cookies, 80 containers of homogenized food, 70 kilos of pasta and more.

On that same day, the Vice Delegate, together with His Most Reverent Eminence Mons. Michele Pennisi, Archbishop of Monreale and Prior of the Delegation, conferred the silver medal upon Carabiniere Lieutenant Francesco Vivona, commander of the Carabinieri Operations Center of Monreale. This award was conferred for activities performed by the Lieutenant in favor of the less fortunate. 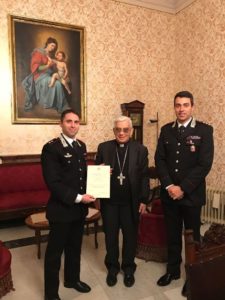 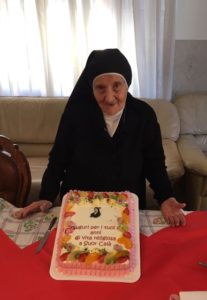 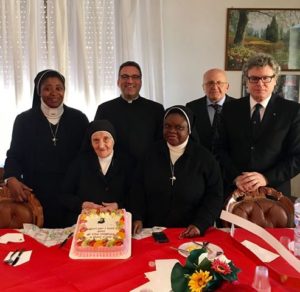 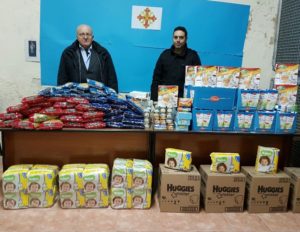