SICILY: MEETING WITH MONS. MOGAVERO AND DONATIONS IN FEBRUARY IN MONREALE 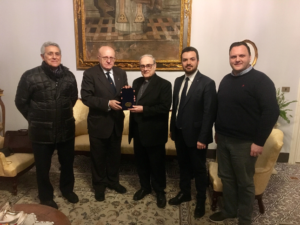 On February, 6th the Vice Delegate of Sicily, Mr. Antonio di Janni, was received by Mons. Domenico Mogavero. During their meeting the Vice Delegate described all the charity activities carried out by the Order in Sicily, in particular those related to “Briciole di Salute” which was born in Monreale four years ago. At the end of the meeting, the Vice Delegate gave some presents, “La Nuova Fenice” newspaper that illustrates the order’s activities and the Constantinian Chronicles to the Bishop. 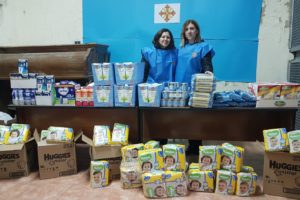 The second distribution of goods took place on February, 28th in Monreale. 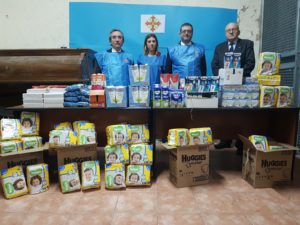