Bangkok: the Thai Section of the South-East Asian Delegation is contributing to an important humanitarian operation in Laos, following the collapse of the Xe-Plan Xe-Namnoy dam and the consequent disastrous flooding. 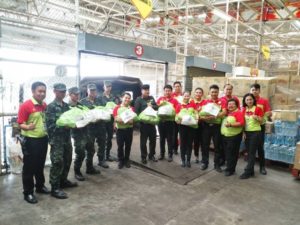 The entire project is possible thanks to the logistic support of the Sirivadhanabhakdi family group companies, in close cooperation with the Laos Embassy in Bangkok.