ABRUZZO AND MOLISE – DONATION TO THE AFGHAN PEOPLE 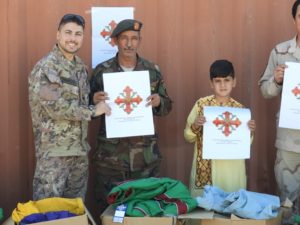 The Abruzzo and Molise Delegation completed a significant collection of goods to be donated to the Afghan people, victims of a long and cruel war. The food, medical and clerical items for children attending school were sent by the Knights of Abruzzo-Molise to Herat where they were given to Captain Gianluca Mineo, an aspirant to the Constantinian Cross and to Brother Captain Federico Pirola, who have been working with the Italian Armed Forces for several months in the peace mission Resolute Support – Afghanistan/Herat.

The donation was presented to representatives of the Afghan Armed Forces whose Commander thanked our Order for the aid received. “Thanks to your support and your generosity the Afghan children will be able to enjoy a few moments of serenity and hope in a future of peace”. 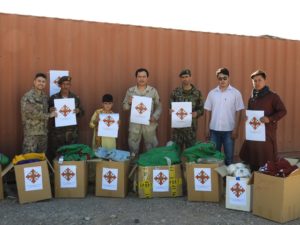 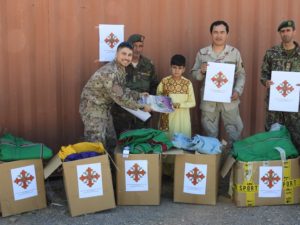