ACTIVITIES OF THE SICILIAN DELEGATION IN THE MONTH OF JULY 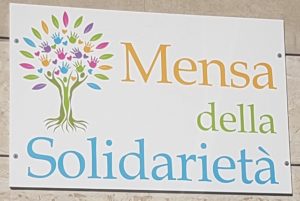 The activities of the Sicilian Delegation to support the needy continued during the month of July.

As has been occurring for several months the Delegation continues to provide a donation of fish to the soup kitchen of St. Mamiliano in Palermo. On July 17 Vice Delegate Nob. Antonio di Janni. Knight Grand Cross of Grace, provided the soup kitchen with 20 kg of fish. The food will be cooked and provided to the patrons of the soup kitchen, to be consumed in theirView Post respective homes.

In response to a request by His Most Reverend Eminence Cardinal Montenegro, Archbishop of Agrigento, as of last month the Delegation has been supporting the Solidarity Soup Kitchen of the Missionaria Porte Aperta community in Agrigento by providing great quantities of food.

As part of the project “Crumbs of Health” two distributions took place during the month of July in the city of Monreale, in the premises located next to the church of Maria SS degli Agonizzanti. On Wednesday, July 19, the distribution consisted of 130 liters of milk, 60 packages of diapers, 150 jars of baby food, 20 containers of milk for infants, 50 packages of cookies and biscuits and 60 kg of pasta for the families of children ages 0 to 3 years.

The donation was in response to a request made over the past several months, in order to allow the children to play in the water. The pool was assembled by the Vice Delegate and by Knight Amato, with the assistance of volunteers.
The pool was inaugurated and blessed on July 22 by Don Carmelo Raspa, the priest assigned to the structure.