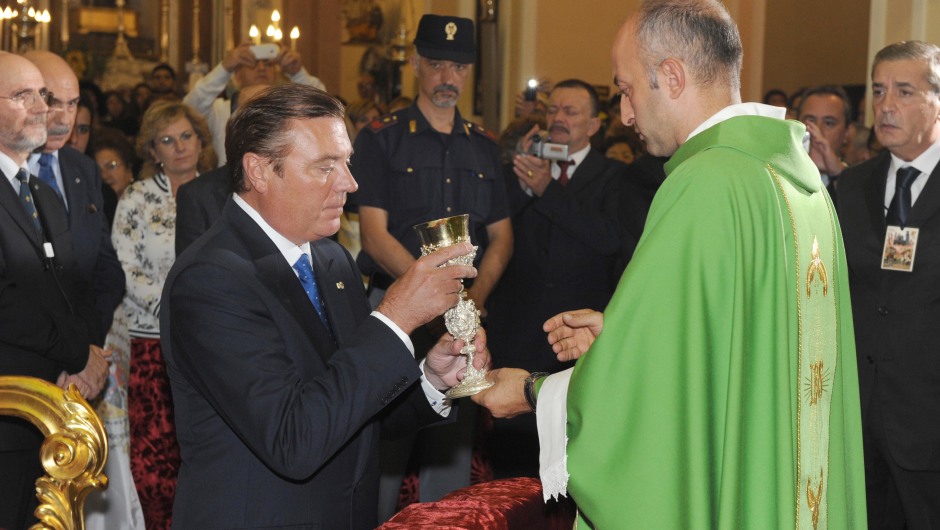 25 December 2008. Constantinian Knights and Dames attended Holy Christmas Mass that was officiated in accordance to the Byzantine rite, by Reverend Papas Luigi Lucini in the chapel of the Hospital of Castelvetrano. The Constantinian Knights and Dames from Sicily chose this particular location for the traditional Christmas mass with the purpose to express the Constantinian ideals of solidarity and service in favor of those who suffer and are less fortunate. Following the mass that was co-celebrated also by Father Agostino of the Order of the Minor Franciscan Friars, the Holy Communion was offered to those were to ill to attend the mass. Among the Constantinian Knights in attendance were : Antonio di Janni, Francesco lupo, Elio Zuccarello, Micele Salerno, Erasmo Miceli, Giafranco Romagnoli, Pier Francesco Mistretta , Antonio Fundarò, Rino Como.