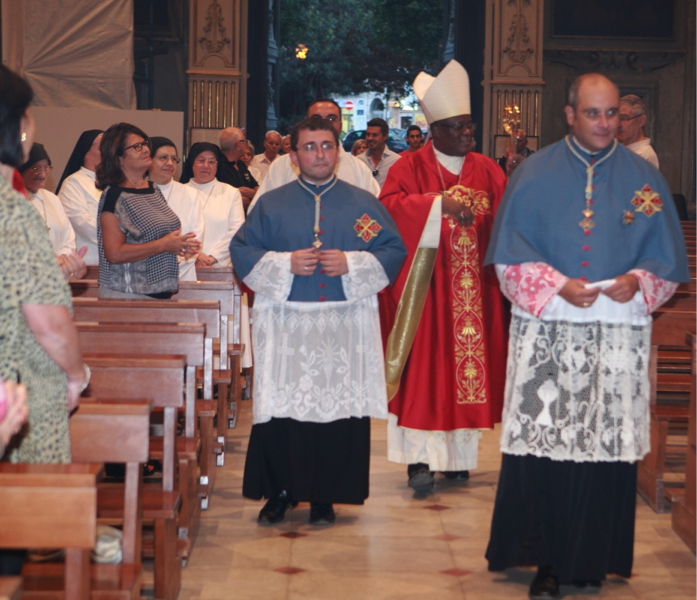 The Constantinian Order meets a delegation from Congo

Palermo, 17 September 2013 – A delegation of the Sacred Military Constantinian Order of St. George comprising of the Vice Delegate for Sicily Antonio Di Janni and the Knights Vincenzo Nuccio and Carmelo Sammarco, was received at the initiative of the Friars Minimum of Palermo, in the parish of St. Francis of Paola by the Bishop of the Diocese of Idiofa of the Democratic Republic of the Congo His Most Reverend Eminence Archbishop Jose Moko Ekanga. Present at the meeting were the Palermo “Minimi” Friars Don Saverio Cento and Don George Terrasi, while Doctor Di Janni presented the illustrious guest with the commemorative medal of the seventeenth centenary of the Edict of Constantine (313-2013) and some publications of the Order. Topics of the meeting were the work carried out by Monsignor Ekanga and the delegation’s pledge and commitment to the initiatives of the Minori Friars to the African diocese The delegations had already sent pharmaceuticals and 30 televisions to Congo on previous occasions. The occasion was concluded with Mass being celebrated by Monsignor Ekanga and concelebrated by the parish priest Father Xavier.