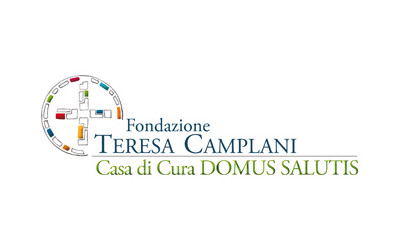 H.R.H. Prince Charles of Bourbon Two Sicilies, Head of the Royal House: “It is a donation in favour of a city which has paid a high price in terms of human lives and is therefore a special donation for me since I lived in Brescia and I feel I have a strong bond with the city”

Brescia, June 5th, 2020 – The Constantinian Order has carried out a 15. 000 euros donation through its non-profit organization to the Domus Salutis structure in Brescia of the Congregation of the Serving Sisters.

“Through the fundraising that I had decided to launch we focused on territories where the urgency to intervene against the spread of the virus was greater” – explains Prince Charles of Bourbon, who underlines: “Brescia has paid a high price in terms of human lives and since I had lived there for almost two years and still have many friends there, I felt I wanted to to carry out a donation in favour of all the projects which indirectly relieve the pressure on hospitals”. “In particular – concludes the Head of the Royal House – we have appreciated the Domus Salutis project aimed at welcoming patients in fiduciary isolation who, due to the lack of family support, can be better helped at this establishment by receiving quality care and assistance while being respected as deserved”.

“The Teresa Camplani Foundation – declares the General Director Fabio Russo – which, since the beginning of the emergency has opened the doors of its three rest homes Domus Salutis in Brescia, San Clemente in Mantua and Serving Sisters of Charity in Cremona, has set up a hundred beds for positive patients, enabling the commitment of 50% of staff, services and resources”. The Congregation of the Serving Sisters supported the care and monitoring of patients by offering an entire building alongside the central body of the Domus Salutis”.”The major donation received from the Constantinian Order – concludes Mr. Russo – allowed us to set up ten beds and all the necessary facilities, which were dedicated from the month of March and until the end of May to the reception of patients who have just recovered from Covid -19. It is a gesture of gratitude towards the sacrifices and professionalism of all of our operators, who have also been willing to perform different and unusual tasks to better cope with this emergency”.