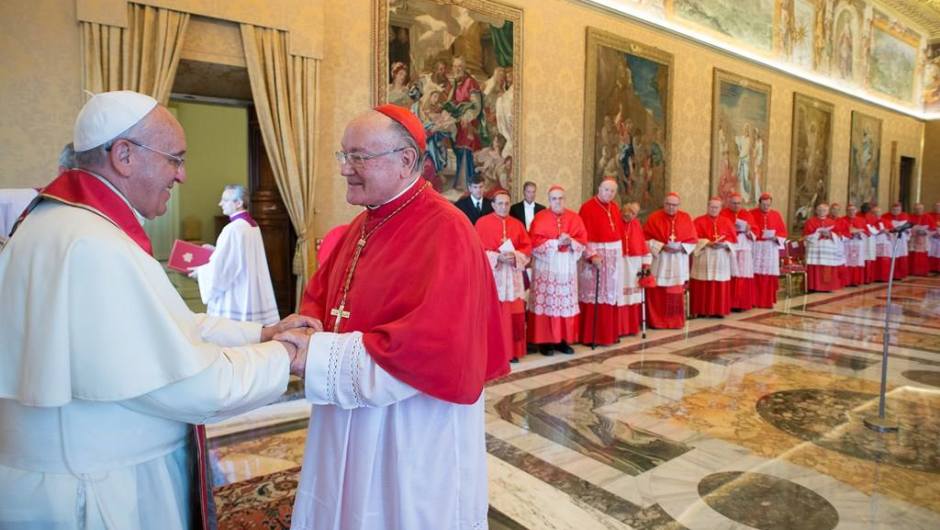 Vatican City – June 12, 2014. The Most Eminent Cardinal Grand Prior Renato Raffaele Martino was appointed Cardinal Protodeacon by His Holiness Pope Francis, on the occasion of the Ordinary Public Consistory for the canonization of the some of the blessed. It is he Cardinal Proto-Deacon’s duty, among other tasks, of announcing the outcome of the election of the Roman Pontiff, with the famous formula of “Annuntio vobis gaudium magnum: habemus Papam”, delivered from the central balcony of St. Peter’s Basilica .

H.R.H. the Prince Grand Master and other Grand Officers of the Order have addressed messages of congratulations to the Most Eminent Cardinal by expressing “sincere congratulations for a well-deserved recognition which further enhances his merits in the service rendered to the Holy See and the Catholic Church “.