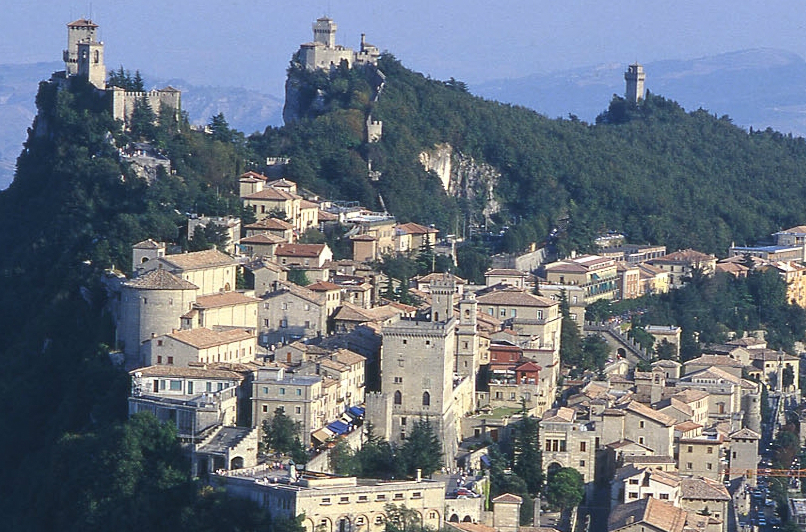 Exchange of Decorations between Constantinian Order and Republic of San Marino San Marino, 27 July 2010. HE Ambassador Giuseppe Balboni Acqua, General Secretery of the Order, represented His Royal Highness the Prince and Grand Master on the occasion of a ceremony that took place in San Marino during which there was an Exchange of Decorations between Constantinian Order and Republic of San Marino.

HE the Ambassador was received by the Chief of Protocol of the State the Minister Marcello Beccariand by the Secretary of the State for the Foreign Affairs Antonella Molaroni who consigned to our Secretary General the decoration of Knight of Grand Cross of the Equestrian Order of Saint Agatha for our Prince and Grand Master. The Ambassador Giuseppe Balboni Acqua,in turn, bestowed the Magisterial Diploma and the Decorations of Knight of Grand Cross of Merit onto Their Excellencies Captains Marco Conti and Glauco Sansovini. Also the Secretary of the State for Foreign Affairs and the Chief of the Protocol of the Republic of San Marino, together with the Coordinator of the Police Department Sabato Riccio, received the Constantinian award.The Order’s aspiration to meet the authorities of San Marino is due to the values of freedom and democracy that the Serene Republic has been inspiring throughout the world for over 17 centuries. The Constantinian Delegation headed by the Secretary General , was represented by the Constantinian Knight of Justice Dr Claudio Marciano di Scala, Delegate for the Republic of San Marino and for the town of Rimini and by Constantinian Knight of Grand Cross of Merit Prof. Franco Ciufo Vice Delegate for Latium Region.