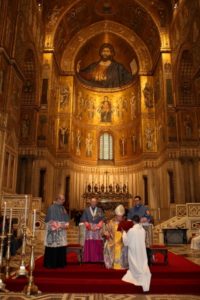 Monreale –  On Saturday, March 4, 2017, the investiture ceremony for the new knights and dames of our Order took place in the Cathedral of Monreale.

During the ceremony Cardinal Martino emphasized the need for the Constantinian knights to be the living symbols of the Christian Cross.  According to His Eminence, Lent should be considered as a period of reflection and rediscovery of the true Christian spirit, a spirit  to be transformed into tangible actions for the benefit of our neighbors,  this being the special prerogative of the knights of our sacred order.

At the conclusion of the ceremony all present went to the Gala Luncheon held in the Hotel San Paolo Palace of Palermo. During the meal the Mayor of Barrafranca, Fabio Accardi, presented to Princess Beatrice, Grand Prefect, the deliberation of the Municipal Council to dedicate a street to the Blessed Maria Cristina of Bourbon, Queen of the Two Sicilies.  At the end of the evening, the Grand Prefect, on behalf of the Grand Master Charles of Bourbon Two Sicilies, Duke of Castro,  appointed the Vice Delegate for Sicily Antonio di Janni, Knight of Grand Cross of the Royal Order Francis I, rewarding him for his continuous and generous commitment to the needy through the project “Crumbs of Health” and other deserving social, religious and cultural initiatives carried out throughout Sicily.

On the day prior H.R.H. had met with His Most Reverend Eminence Msgr Michele Pennisi, Archbishop of Monreale, to donate a lifesaving electro medical defibrillator for the Cathedral. 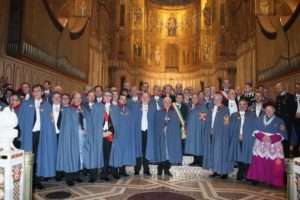 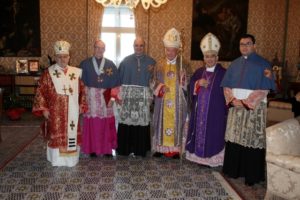 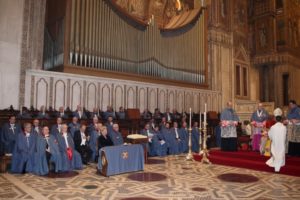 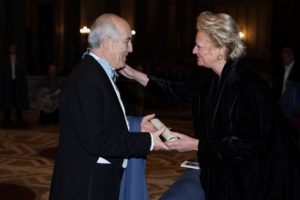 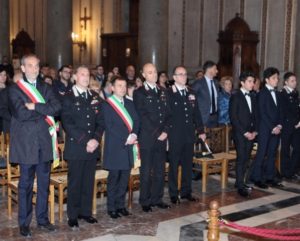 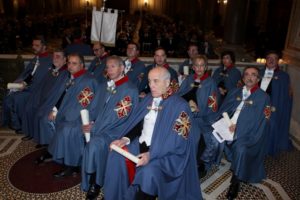 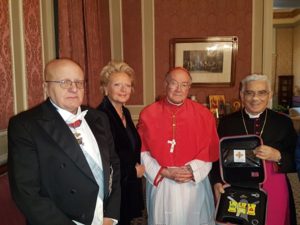 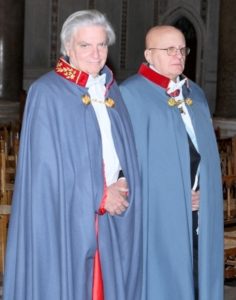 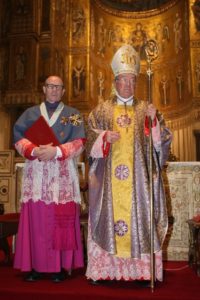