PALERMO – CHRISTMAS MASS AND MEALS FOR THE POOR 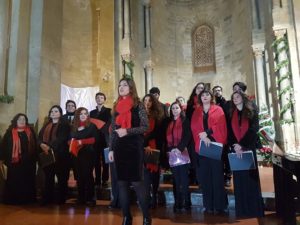 Palermo, 23 December 2016 – Holy Mass for the Knights and Dames of Sicily was celebrated in the Constantinian Basilica La Magione in Palermo. During the celebration Mons. Salvatore Grimaldi, parish priest and Constantinian chaplain, spoke of the important work and assistance provided by the knights in the basilica and for the entire region thanks to their numerous activities.
Following Mass a concert of classical music in which the singers of the Solisti Operalaboratorio” Choir sang Christmas carols and the Ave Maria of various composers. The concert was followed by dinner in the adjoining hall. Proceeds were donated to the poor of the parish.
On December 25, as they do every year, the Knights and Dames, led by the Vicar Delegate Nob. Dott. Antonio di Janni, Knight Grand Cross of Grace, prepared and served meals to the elderly guests of the facility Opera Pia of Monreale. The Mayor of Monreale, Avv. Capizzi was also present at the event. 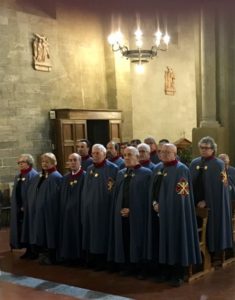 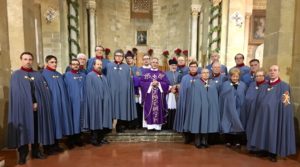 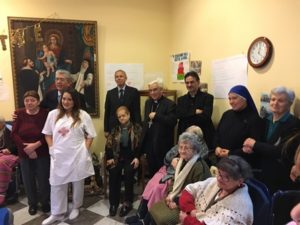 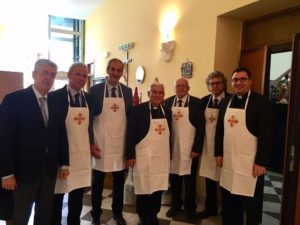