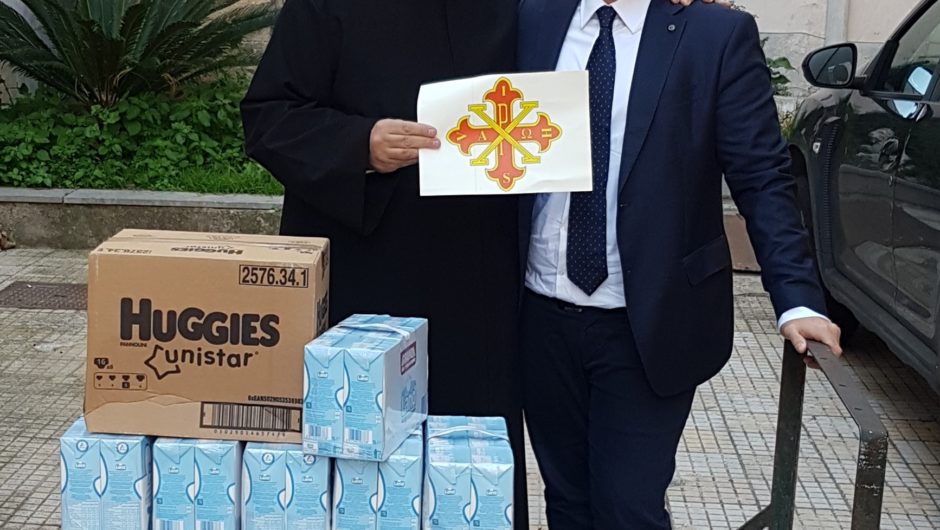 SICILY: ACTIVITIES OF THE MONTH OF NOVEMBER

On November 8th, the usual delivery for the project Briciole di Salute took place at the Benedictine Abbey of S. Martino delle Scale. The vice delegate, accompanied by Mr. Francesco Paolo Guarneri, presented to Father Bernardo, responsible of the Benedictine Caritas, in the presence of the Reverend Father Vittorio Rizzone, diapers, 96 liters of milk and several kilograms of pasta. These products will be distributed to needy families with children assisted by Benedictine fathers.

On Friday, November 8th, the vice delegate and Mr. Francesco Paolo Guarneri donated to the Abbey of San Martino delle Scale, on behalf of the Order, 13 copies of ancient paintings representing abbots who later became bishops. The paintings are intended to enrich and complete the splendid corridors of the old monastery, where many other paintings are already exposed.

On November 10th, a painting by Pietro Novelli of Monreale was restored and given back to the Abbey of San Martino delle Scale, in the presence of civil and military authorities. After the presentation of the restoration, a solemn Eucharistic celebration was held in honor of San Martino, presided by HE Msgr. Michele Pennisi. A delegation of Constantinian knights took part in the solemn religious ceremony.