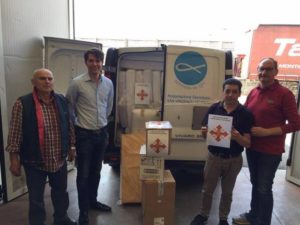 Lombardy, April 2017 – During the month of April the Lombardy Delegation diversified its activities, alternating cultural events with religious ones by  providing assistance to the needy.

On March 28, the Knights and Dames of the Brescia and Mantova Delegation delivered over 330 kg of pasta, donated by the Pagani Company, to Mons. Antonio Bodini, representative for the Brescia East zone of the Brescia Caritas.

Saturday, April 1, the Representative for Varese, Cav. Giovanni Mattei, accompanied by two applicants for membership in the Order, delivered a sizeable quantity of articles of clothing to be distributed to the needy of the city and the province to the representative of the Diocesan Caritas of Varese, Don Marco Casale,

On April 2, on the occasion of the Feast of St. Francis of Paola, co-patron of the Constantinian Order, a Holy Mass was celebrated in the Brescia parish of St. Francis by the chaplain Mons. Ivo Panteghini, delegated by the bishop. The mass was attended by a large group of Knights and Dames.

At the conclusion of the ceremony, attended also by members of the local confraternity, two silver medals of the Constantinian Order were awarded. The proceeds of the subsequent benefit meal were donated to the TSV Association of volunteer medical technicians who have been working with the Delegation for years.

On April 6, 2017, the Brescia Delegation donated new mattresses, pillows and items of clothing for the needy to the representative of the Dormitory of Saint Vincent of Brescia,

Then on April 7, the Prior of the Delegation, Mons. Arnaldo Morandi, together with Nob. Dott. Alberto Lembo, Grand Inquisitor, spoke at a meeting organized by the President of the Lions Club of Vallecamonica, Dott. Sergio Pedersoli  and Major Salvatore Malvaso, Knight of Merit. In his comments the Grand Inquisitor spoke of the legislative aspects and the history of the recognition of chivalrous dynastic orders in Italy, while Mons. Morandi who holds the post of Secretary General of the Office of the Grand Prior, spoke of spiritual mentorship, the pastoral project, commitment to charity and relations with the Catholic Church. 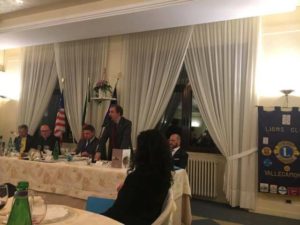 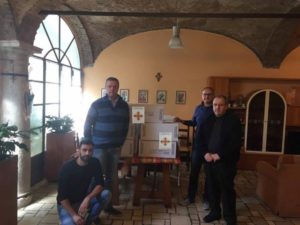 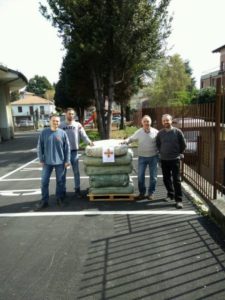 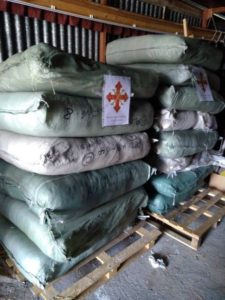 Tweet
Previous articleSICILY – EASTER PRECEPT, WAY OF THE CROSS AND PALM SUNDAY
Next article NAPLES – EASTER MEAL FOR THE NEEDY