NAPLES – EASTER MEAL FOR THE NEEDY 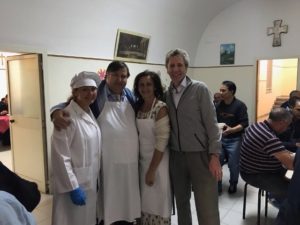 The Delegation for Naples and Campania organized a benefit meal for approximately 70 needy people who come daily to the soup kitchen managed by the Sisters of Mercy in the Convent of Arco Mirelli. In the past this center was visited by H.R.H. Price Charles of Bourbon Two Sicilies, Duke of Castro and Grand Master.

The Easter meal is usually dedicated to the memory of Baroness Paola De Lutio de Castelguidone, but this year Counsellor Giovanni de Lutio decided to have the Order participate in this initiative. The Sisters of Mercy, led by Sister Maria, the Polish sister who was the aide to Pope Wotylia, greatly appreciated the support and requested the assistance of the Order in numerous activities.

The meal for approximately 70 persons was prepared by Giovanni de Lutio, aided by his wife Hannelise and his sister Elisabetta, in addition to, among others, Leopoldo and Federica de Gregorio, Father Luigi Castiello  and Marchioness Marilù Acquaviva.

At the conclusion of the meal, the Council of the Delegation distributed new shoes to all present. The shoes had been purchased as an Easter gift. 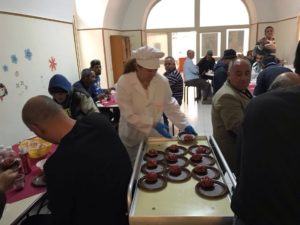 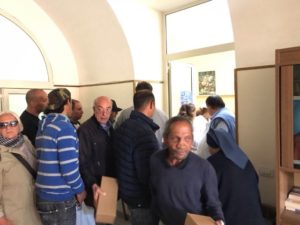 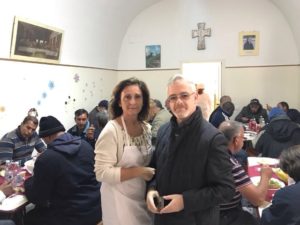