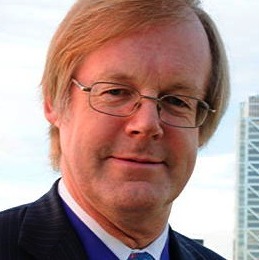 Lord Mayor of London sends message to the Order London, 28 July 2012. The Rt Hon Lord Mayor of the City of London, Alderman David Wootton, sent a message to the British and Irish Delegate of the Constantinian Order, HE Mr Anthony Bailey, on the occasion of the Royal Gala Dinner held at Stationers’ Hall in London on 28 July 2012.

“I am delighted to welcome you all to the City of London, which has played such a central role in the nation’s economic, political and spiritual life for centuries. It is a great financial centre, but it is still the home of many active churches and the workplace of thousands of committed Christians of all pews. We are equally proud of the City’s other diverse faith communities including the Muslim, Jewish, Buddhist, Sikh and Hindu communities among others.

“The City prides itself on the rich diversity of our religious life, so we are especially pleased that this dinner, held in the presence of so many prominent faith and state personalities, is celebrating the historic but living bonds between faith and sport, is being held in the Square Mile. How appropriate it is as well that you meet at Stationers’ Hall, one of the oldest and beautiful livery company halls, and the site of one of the venues where the scholars who worked on the King James Bible met to settle their differences and disputes. Our modern world is still one riven by religious strife, so I congratulate you and the Sacred Military Constantinian Order of St George and especially its Delegation in Great Britain and Ireland on the important work you continue to give in building bridges within religions and between them.

“I wish you well for an enjoyable and successful evening”.